Significant progress in Afghanistan’s health services over the last one and half decade translated in substantial decline in infant, child and maternal mortality rates. The provision of public health services, with a focus on Primary Health Care, expanded substantially under challenging circumstances. However, many of Afghanistan’s health indicators remain extremely worrisome. Surveys show large imbalances across socio-economic levels with a clear urban/rural divide. Gender inequality is a pervasive problem and women and girls experience avoidable morbidity and mortality due to gender-based discrimination and harmful practices.

2018 was marked by a very high level of insecurity both in the provinces and around the capital, Kabul. Opposition groups, such as the Taliban, are present in a large part of the country. The local branch of the Islamic State Organization is well entrenched and mounts targeted attacks in the center of the country, particularly focusing on the Hazaras ethnic minority, and in Kabul. The number of civilian victims increased by 11% compared with 2017. 2018 was also marked by political instability caused by the legislative elections in October which engendered protests and violence due largely to dysfunctions in the election process. There is a lack of adequate and accessible health establishments and the poorest families in remote regions are unable to provide their children with healthcare, especially as it relates to surgical treatments. 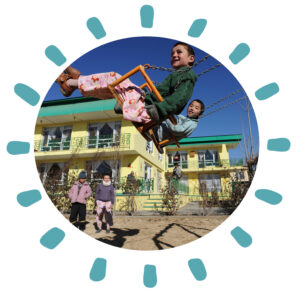 USFC’s has been active in Afghanistan since 2001 and our programming has grown into one of the most developed programs in any country. The majority of our healthcare initiatives are carried out at the French Medical Institute for Children (FMIC), an ultra-modern hospital constructed by USFC. In furtherance of this mission and to accommodate families from remote areas, USFC opened the Afghan Children’s House in 2008. On March 10th 2018, the Afghan President and First Lady awarded the Mir Masjedi Khan medal to Éric Cheysson, Chairman of USFC. This medal is the highest civilian distinction available in the country.

In 2018, USFC carried out the following activities : 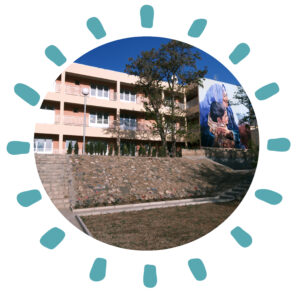 In recent years the French Medical Institute for Mothers & Children has seen great expansion. Most recently, USFC has opened our health services to adults  in response to the growing need in the country and to help ensure the financial future of the hospital. With financial support from USFC, the French government, the Afghan government, and the Aga Khan Development Network the hospital received a new MRI machine which will allow for better imaging services and thus greater diagnostic precision.

In 2018, USFC also organized a retinal surgical mission for the first time. In complement to this, USFC organized tele-health trainings between French and Afghan ophthalmologists.

The FMIC is a regional and national training center in Afghanistan, offering a Postgraduate Medical Education Program (PGME). In March 2018, 12 residents qualified for the program. As of 2019, USFC began offering post-graduate trainings in cardiovascular surgery for students in Afghanistan.

In 2018, the Women and Children’s Pavilion has amped up its actions for Afghan women awaiting gynecological treatment. In order to facilitate this expansion USFC appointed an additional nurse and two social workers at the pavilion. A medical team member is assigned to each patient to handle everything from transport to and from their home, shelter, meals, and medical surveillance with a permanent nurse. This specialized service has doubled the number of beneficiaries – now reaching some 50 people per week.