Vietnam is at a crossroads in health with unprecedented achievements, yet, the challenges that come along with rapid growth and development are enormous and act as a barrier to the sustainability of the achieved progress. Vietnam health status has significantly improved with the overall, basic health indicators being better than those of other developing countries in the region with similar or even higher per capita incomes. Progress, however, is uneven and there are health inequities and disparities among the poor, ethnic minorities and those living in the hard to reach areas. For instance, maternal mortality rate was 5 times the national average in the 62 poorest districts and ethnic minority children are 4 times more likely to die in the first year of life. Infant and under five mortality rates have decreased for the majority of the population but has increased for the ethnic minority groups. Non-communicable diseases now comprise 75% of the total disease burden, while rapid urbanization is also creating health challenges by creating new pockets of poverty and putting pressures on health delivery systems. 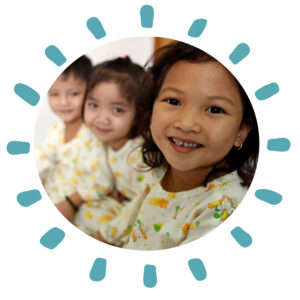 United Surgeons for Children has been present in Vietnam for over 15 years. In that time, we have organized cardiac surgery and training missions, infant orthopedic surgery missions, and opened the Ho Chi Minh City Heart Institute, the first cardiovascular center in Vietnam. Asa consequence of the regional health disparities noted above, when children living in the rural provinces of Vietnam need specialized treatment, they can often only be treated at hospitals in large cities, such as the Ho Chi Minh City Heart Institute. In addition to the cost of the operation itself, there are additional travel and accommodation costs for the child and their family before the operation, during the hospitalization and for the duration of post-operative care. To overcome these financial and geographical barriers, we opened the Children’s Pavilion in Hô Chi Minh Ville in July 2018. Our Children’s Pavilion welcomes patients and their families prior to surgery and through recovery. The operating costs of a Children’s Pavilion are nearly six times lower than that of a hospital – making it a cost-effective additional service to support families with minimal resources.

Our Children’s Pavilion opened in the Go Vap district of Hô Chi Minh Ville in July 2018. During this year, the costs of running the establishment and the surgical treatments were completely covered by a donation from the Thierry and Annick Desmarest Foundation. Thanks to effective, management the running costs of the Pavilion were very low, amounting only a fraction of the donation. The difference was used to cover the cost of medical examinations and surgical operations for the children. In 2018, over 40 children were hosted in the Pavilion and 7 received heart surgery. Given the success of this Children’s Pavilion, partnership agreements have been established with the Hauts Plateaux region and the pediatric hospitals in Hô Chi Minh Ville to identify and refer sick children for care.