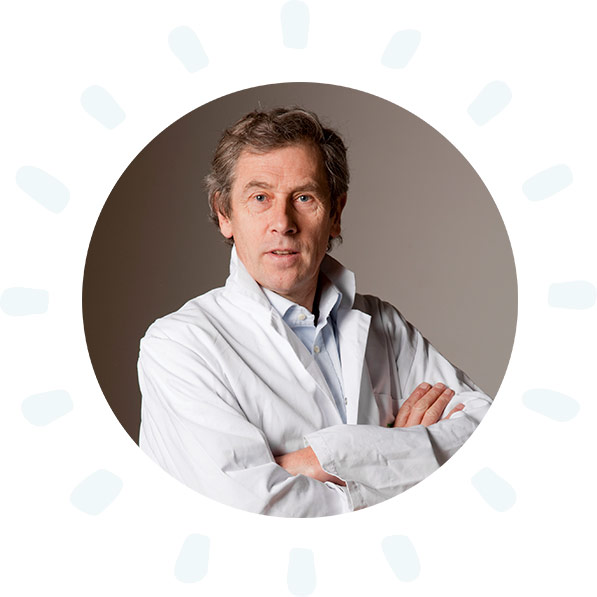 In conjunction with his surgical career, Dr. Cheysson has been an active humanitarian. This story began when he joined “One Boat for Vietnam“ and “Island of Light” – two medical rescue missions for Vietnamese refugees. Dr. Cheysson went on to co-found Doctors of the World in 1980 – leading various missions in Asia, Africa, Eastern Europe. In fact, he was one of the first humanitarian doctors to treat the civilian population and Mujahideen fighters in Afghanistan when it was invaded by the Soviet army.

In 1988, Dr. Eric Cheysson and Prof. Alain Deloche founded La Chaîne de L’Espoir to provide better healthcare and surgery for vulnerable children around the world. He became vice-chairman in 1995 before succeeding Alain Deloche as chairman in 2010.

In 2015, Dr. Cheysson created La Chaîne du Savoir (the Chain of Knowledge ) with Carlo d’Asaro Biondo, President of Google Europe, Africa and Middle East operations. The organization acts as an endowment fund to ensure a better dissemination of medical knowledge throughout developing countries, through the use of new technologies.

In 2001, he was named Grand Commander of the Royal Order of Cambodia, in 2010 he was named Knight of the Legion of Honor (“Chevalier de la Légion d’Honneur”) in France and in 2018 he was awarded the “Mir Masjedi Khan” medal, one of Afghanistan’s highest civilian honors.